I have a short essay published in the Table Talk section of Threepenny Review, Issue 158. You can purchase a copy online here.

Wendy Lesser sent me a card and I danced in the post office with fangirl happiness:

My essay “On Culture Shock” has been published in LOST Magazine, Issue 6.

“On Culture Shock” is an essay I wrote during my first week back home after a year spent in Madrid as an undergraduate student in 2006. The photos accompanying the essay were also taken by me.

LOST is a Shanghai-based, multinational, bilingual magazine. This is the first time my writing has ever been translated.

“Bargains,” a short story that won the Pacifica Literary Review’s 2018 Fiction Contest, has been chosen as a Finalist for the Lascaux Prize in Short Fiction.

The story will be (re)published in The Lascaux Prize 2019 anthology later this year.

I’m so grateful to all of the editors, readers, and judges at both PLR and The Lascaux Review for supporting my writing.

Congrats to all of the other Lascaux Prize finalists, and especially to the winners! 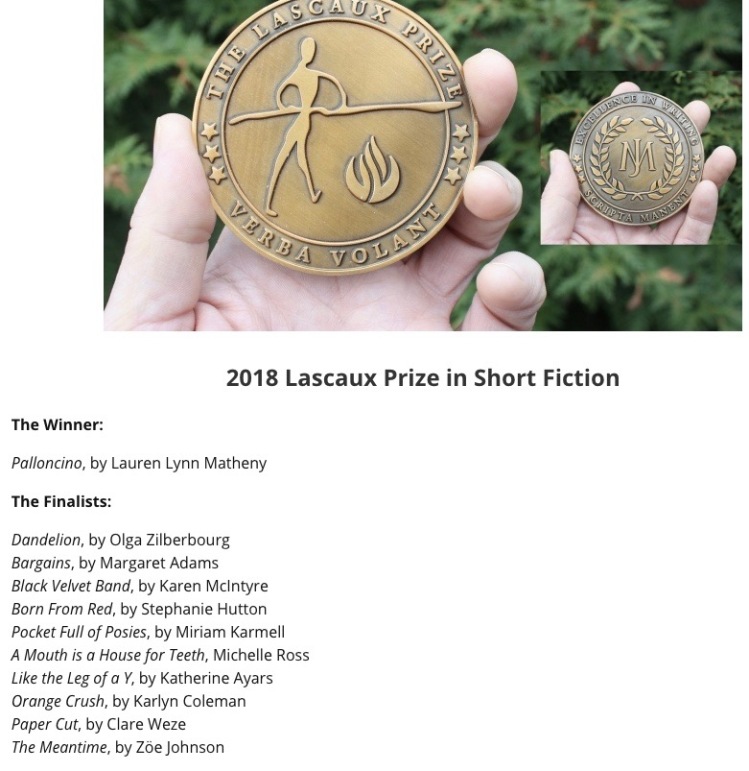 I’m thrilled that my short story “Do No Harm,” published by Monkeybicycle, has been selected for The Best Small Fictions 2019.

It’s such an honor to be part of this amazing list of stories.

The anthology will be published in the fall.

My story “Understanding Book Use and Its Impact on You” has been published in Flash Fiction Magazine. 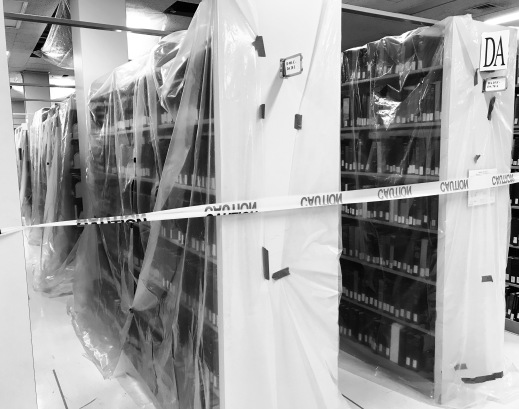 I drafted this story during a slow shift at an urgent care, in which I alternated between reading the clinic’s drug treatment pamphlets and compulsively checking the hold queue on my online public library account between patients.

You should know that I screen BAST-10 positive.

You can read the story online here.

Here’s my annual list of the books I’ve been reading. If you’ve read any of these and want to chat about them, please email me! Likewise, if there are books you think I should read, let me know. Sometimes I write short reviews over on my Goodreads page.

This year I’ve put ** next to my absolute favorites.

Selected 2018 Reading (by genre, then alphabetical by author/editor last name)

You can now read “Pergelation” and a lot of other great writing in Issue 38 of the Blue Mesa Review. Download the entire issue (it’s beautiful!) and read it here.

Thank you to Monkeybicycle for first publishing my work (twice!) and now nominating “Do No Harm” for a Pushcart Prize. It’s a stellar journal publishing great work and it’s an honor to be nominated.

My story “Pergelation” was selected by contest judge Leslie Jamison as the winner of the Blue Mesa Review Fall 2018 Nonfiction Contest.

I worked on “Pergelation” off and on for years, initially trying to fictionalize it. After reading Jamison’s book of essays, The Empathy Exams, I sat down and rewrote “Pergelation” as pure nonfiction. I submitted it for the first time when I saw Jamison was judging the Blue Mesa Review contest. And it won! I’m so glad and terrified and elated.

Many thanks to the Blue Mesa Review, Leslie Jamison, and all of the friends who read this story before I sent it out. It will be published in Issue 38, forthcoming in early December 2018.

My flash fiction story “Do No Harm” has been published in Monkeybicycle and can be read now on their website. This is my second time working with Monkeybicycle‘s wonderful editor James Tate Hill and it’s been a joy having my writing under his editorial care. Thanks also to Seattle friends and colleagues at Hugo House for helping me with this story.

At 3:17 pm EST Ben McKinnon walked into the Emergency Room at County Hospital and announced that, in eight to twelve hours, he would die.